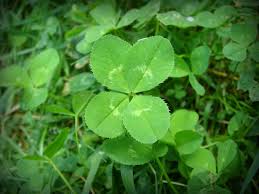 The main project for March is to finish writing the first draft of The Timeless Man. It’s more than half-way done and boring as hell, but I can fix that later. I just need to get it done. This is a project that I want to have completely done by the end of the year and the way I’m struggling with the first draft, I might already be in trouble.

The other novella that I’m working on, remember it? The one that was so insistent on my brain last month? Well, it’s not as insistent now. I’ll still be working on it throughout the month, but more as a distraction from The Timeless Man, a break from the blahs I’m having about that first draft.

So, The Timeless Man is the biggest priority this month.

However, I’ve been trying to come up with story for a contest open to various genres and essays. I think I’ve actually hit on an essay idea that might work for it and I think I’m going to give it a go and see what I can make of it. I’ve only written one other and it was pretty much garbage, but I’d like give it a go so I can feel like I’m doing something towards this deadline.

Last month I read through A Tale of Two Lady Killers, but didn’t get around to doing any of the little revisions that need to be done. I also realized that if I want to self-publish The World (Saving) Series, as I’ve been thinking about doing, then I’m going to make some changes to the manuscript. Maybe this month I’ll get around to doing those two things.