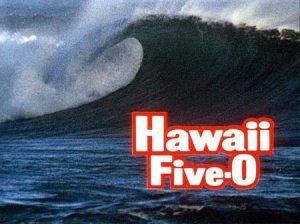 Here we are. The end of our journey through some of my favorite episodes from each season. You can read the previous entries here and here.

The episode selection for these last four seasons was difficult, as were the previous seasons, but maybe for slightly different reasons. I haven’t watched these seasons as much and for me, there aren’t as many standout episodes. After season 10, there’s no Chin Ho. After season 11, there’s no Danno. So, yeah. The subjectivity is high here, kids. Consider yourselves warned.

Based on a real-life case, hijackers get themselves hired to be the crew of luxury yachts, then murder the owners and steal the boats to sell elsewhere. Danno and Officer Sandi Welles are sent undercover to investigate. Sandi, along with a group of people, is taken hostage by the hijackers and their fate rests on a flip of a coin.

A big part of the reason why I like this episode is because I like Officer Sandi Welles (Amanda McBroom) in it. I also like bad guys. They’re pretty ruthless. There’s a certain amount of psychological terror involved in telling your already terrified hostages that you’re going to throw them overboard and whether or not they get a life raft depends on a coin flip. But that’s what makes it so compelling.

An archaeological dig reveals tunnels that could lead to the grave of King Kamehameha I. And someone is so convinced of it that they dress up in a royal robe and mask to frighten off and eventually kill members of the dig.

I very nearly picked “A Death in the Family”, but honestly, it’s not really a favorite in the sense that I enjoy it, but more in the sense that it ripped out my heart and dumped it on the steps of Iolani Palace. Anyway. The reason why I picked “The Descent of the Torches” instead is because of the Hawaiian culture. This episode gets into that and I really like it. Let’s face it. For the majority of the run, it’s a pretty white show. There are some Hawaiian faces and there’s the presentation of life on the islands, but not too much on the Hawaiian culture. Yes, there are better episodes in this season, but this one scratches an itch for me. 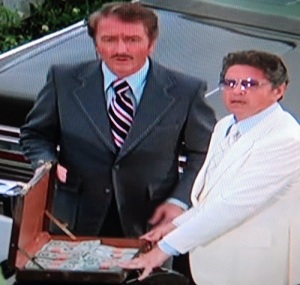 Members of Tony Alika’s Hawaiian kumu mob shoot out a tire on a police car that’s trailing their out-on-bail boss, causing an accident that kills one officer and nearly kills my much-adored Duke. The whole thing is caught on film by a “stringer” (free-lance photographer) named Tim Powers, who decides to try to blackmail Tony Alika and the political boss he was making a deal with.

I really need to do a whole post on Tony Alika, as he was a recurring villain during the 11th and 12th season and I’m always looking for a reason to write about my beloved Ross Martin. But I went ahead and picked this episode for my season 11 favorite because of the Paul Williams aspect. Not only does he get the story by credit, but he also plays the stringer of the title. A man who’s probably known more for his songwriting, I always love it when he shows up in things. He’s small and interesting and hard to ignore.

The final episode. Three scientists who all attended a space-based, laser defense symposium have been abducted. McGarrett impersonates the fourth in order to be abducted and find out what’s going on. Of course, it’s Wo Fat going on.

Wo Fat is another character that deserves his own post. Khigh Dhiegh portrayed Steve McGarrett’s arch nemesis throughout the show’s 12 year run. But, when it comes to favorites, I have to give my pick to the last episode of the series. Not one of the best episodes maybe, but endings are always hard. And it’s only fitting that the last episode feature the final battle between McGarrett and Wo Fat.

I hope you enjoyed some of my favorite episodes and I hope these posts tide you over until I actually get around to doing my Book ’em, Danno podcast. 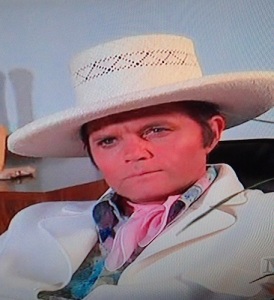