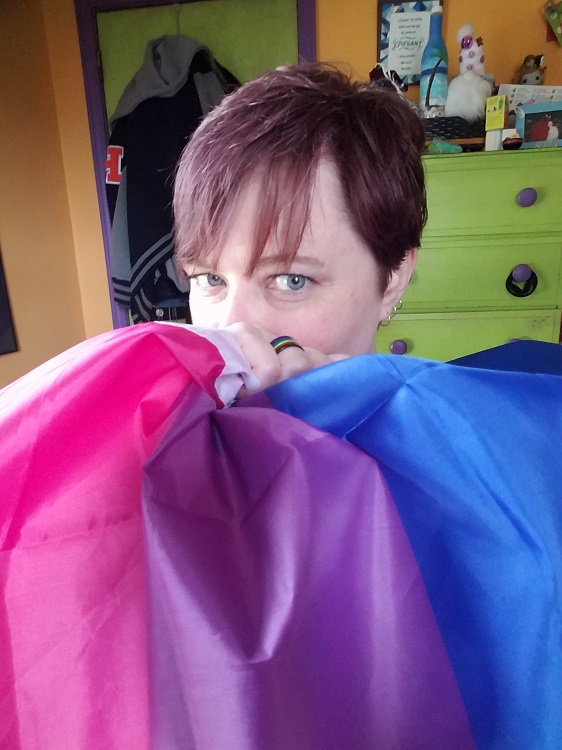 I knew at a young age that I was not straight, but I didn’t really put that out into the world until I was 17 and came out as bisexual. As it happens, living in a conservative, rural area, I don’t have a whole lot of queer friends or acquaintances in my immediate physical space. I’m surrounded by straights. For many of these folks, I’m the only queer they know. Or the only queer they know well enough to ask questions about queerdom. I don’t know if they thought I just automatically downloaded all of this info upon claiming my bi identity, but I have become the go-to person on all things LGBTQIA+.

Honestly, they’re not wrong about me having the answers.

It’s a given that I’d know something about my own sexuality and believe me, I still get a lot of questions about how it works. The stereotypes and myths persist, biphobia is real, and bi-erasure is a fucking annoying aspect of reality. I have facts, I have opinions, and I will word vomit them all at you when only mildly provoked.

But I get asked a lot of questions outside my area of my own personal expertise as the token queer in many of my friend groups. Naturally, I should know these things because they all came with my gay agenda and rainbow mafia handbook. Right?

As it turns out, no. I know these things (or I find the answer to the questions I don’t know) because I am a huge nerd and I like to learn stuff.

Back in the long, long ago of my youth I watched a lot of shows on The Discovery Channel (before it became whatever it is now) and they actually had a lot of stuff on sexuality, which I was found fascinating, possibly because of my own non-straight status. I learned quite about about gender and gender expression and sexuality from these shows and it created the base from which I continue to learn because I like to be an educated member of my community. I’ve read books and science papers and watched documentaries and Googled all sorts of information in the years since being a 16 year old watching how bottom surgeries are performed while my friends were out cruising the square.

It also did not occur to me that this knowledge might not be common knowledge until I found myself explaining how bottom surgery worked to a couple of hets over dinner one night. I thought if I knew it, then everybody knew it.

Apparently that’s not how it works.

But like I said, I don’t mind explaining these things. If I’m the one doing the answering, then I know they’re getting quality information. They’re also getting that information in a fun, no-bullshit way.

I have no trouble informing you in a do-no-harm-but-take-no-shit way why we don’t deadname and the value of using people’s correct pronouns and the complexity of biological sex. I can explain transitioning and coming out and the genders and why saying “pregnant people” and “people who menstruate” is not an insult to women because SPOILER ALERT women are people.

It is entirely possible that my answers will make you uncomfortable, but that’s okay. Sit with it. Once you realize that none of this affects you in anything other than treating other people as fellow humans instead subcategories that don’t deserve “special” rights (ie the same rights allo cis het white males have), you’ll be okay.

I’ve got the answer you need.