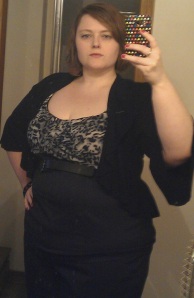 So a viewer emailed a news anchor in LaCrosse, WI to let her know that she was fat and as a someone on TV it was her responsibility to not be fat in order to set an example to the young people.

That’s my snarky summary. You can read the whole thing (and see video) here.

The whole incident brought up the topic of bullying, but that’s not why I’m bringing it up. That topic is best left discussed by people who are not me.

I’m bringing it up because this is actually a common occurrence for fat people. You don’t even have to be on TV to have it happen. For whatever reason, people feel it is not only acceptable but also their DUTY to tell fat people that they are fat.

I’m not talking about the assholes that scream “FAT ASS!” across crowded malls and streets. I’m talking about the people like this gentleman who sent in the email. There’s nothing overtly offensive in his email. He just felt that perhaps this news anchor COMPLETELY MISSED THAT SHE’S OVERWEIGHT AND SOMEONE SHOULD POINT IT OUT TO HER. She addresses that in fact.

You might think it’s stupid (and you’d be right), but there are people out there that think I don’t know I’m fat unless they point it out to me. Seriously. They think I might have been trucking right along in my life thinking I was normal or average or worth a shit and it totally escaped my attention that I was FAT. And if that person didn’t tell me, I’d just continue living my life in some sort of oblivion.

But see, that’s not REALLY what it’s about. It’s not that fat people live in some sort of ignorance that they don’t realize they’re fat. It’s that people think that if they don’t remind fat people that it’s WRONG to be fat, we might forget and continue being fat.

That’s what this guy was doing when he emailed the news anchor. He was reminding her that it’s wrong to be fat and because she’s on TV it’s EXTRA wrong because she’s now displaying her fatness to more people. And somehow, because she hasn’t changed her fatness, it’s poisoning the minds of the young girls by letting them know it’s OKAY to be fat and, as society is quick to point out, BEING FAT IS WRONG.

Thin people might have to deal with strangers telling them to “eat a sandwich”, but it’s not implied that their existence is in violation of the Universe. Mine is.

I don’t need you to tell me I’m fat. I know. And I’m not going to change just so you’ll feel more comfortable. Changing my appearance might make me visually less offensive to the rest of society, but I’m afraid my personality will remain just as revolting and vile to you. I could lose 150 pounds, but I’d still be a “fat bitch”. Like the lovely news anchor said, there’s more to me than a number on the scale.

I know I’m fat. Do you know you’re an asshole? Tell me I’m fat and I’ll return the favor.