Though the TV Westerns were starting a downward trend, there was still a need for the adventures of a strong matriarch and her brood of grown kids. 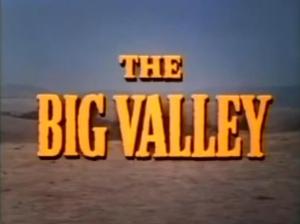 As I mentioned before, Heath was a genuine bastard son, the product of a romance between Tom Barkley (Victoria’s dead husband, but he wasn’t dead at the time of the affair because it was scandalous, but not THAT scandalous) and another woman when he was in a bad way.  In fact, a few episodes were devoted to this bit of scandal, including the pilot when Heath first shows up to claim the Barkley name and an episode in which Victoria travels to Heath’s hometown to found if Tom loved Heath’s mother and if he loved her. Pretty deep and saucy stuff for a Western.

Part of the afternoon Western line-up at the time, I got sucked into watching because there was nothing else on. I quickly noticed defining character elements: Jarrod frowns; Heath glares; Audra frets; and Nick (my favorite) punches people. And Victoria Barkley? Oh, she just kicks ass. Seriously, the woman could handle a gun and a whip and she went up against anyone without flinching. I wouldn’t mind being her when I grow up.

One thought on “Rerun Junkie– The Big Valley”