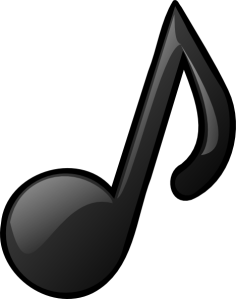 I am by no means an expert in the field of podcasts. Actually, as of right now, I only listen to three.

I also like to pimp out the things produced by people I’m friendly with.

Made for TV Mayhem– I have some cred here in saying that I actually started listening to this one from the beginning (even though I got busy and missed a couple of episodes and had to play catch up). I also have bonus cred because Amanda and I used to live-tweet Made for Me-TV movies on Friday nights and we were hilarious. I’m sorry you missed it. Back to the podcast. As the name implies, Amanda, Dan, and Nate talk about TV movies. These lovely people are funny, they’re knowledgeable, they gleefully point out how much make-up sex was in A Very Brady Christmas, and their lives have all been affected in some way by Dark Night of the Scarecrow. If you want to either re-live the glory days of TV movies (like those of us of a certain age remember and pine for) or learn about the classic TV flicks from people who can list every TV movie Wes Craven directed and truly appreciate Bad Ronald (while sometimes getting off-topic and talking about Dan’s mullet glory days), this is the podcast you need in your life.

The Strange and Deadly Show– Credit where it’s due: I discovered this podcast because Amanda raved about it and now I owe her some sort of gift of gratitude because I love this podcast. Chris and Tom discuss movies on the Section 3 list, a specific list of the Video Nasties that were no-no’s in England. Many of the movies on this list were probably considered no-no’s not because of the violence, but because they’re straight garbage and it’s in the reviews of those particular flicks that these two shine, though you can tell that they have a real love for film in a pure and unpretentious way. Whether they love it or hate it or are bored to tears by it (seriously, they really do take one for the team watching some of these films), they don’t hold back, each of them bringing their own distinct personalities to the table. I dare you to listen to one episode and not have an urge to listen to them all.

Spotlight: Social Marketing Gone Bad– I have some cred here, too, as Helene and I have been Twitter-friendly for quite a while. I don’t want to say how long, but I’ve been on Twitter since 2007 and she’s one of my oldest mutual follows. Anyway, Jay and Helene’s podcast focuses on social marketing and all of the ways that it can be bad (as the name of the show implies), which sounds boring if you’re not at all into social marketing, but I assure you it is not. Jay and Helene have a gift for sharing their wisdom in a witty and relatable way so even people like me (who doesn’t know shit from Shinola when it comes to social marketing) can benefit. Plus, they’re on top of all the latest social media news. If you want some social media knowledge delivered with some humor and swear words, you want this podcast.

All of the podcasts are on iTunes. If you listen and you like, be sure to leave feedback! Everybody likes to know they’re awesome and these folks have all passed that bar, so don’t be shy about letting them know.