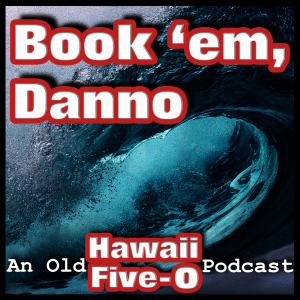 It’s all about a dangerous game in episode 13 of season 2 “The Joker’s Wild, Man, Wild”. And in episode 14, “Which Way Did They Go?” we’ve got a brilliant, but deadly heist and William Windom. It’s hard to do better than that.

Just a heads up–There is some mention of sexual assault in my discussion of “Which Way Did They Go?” but I do give a trigger warning and it’s maybe only a minute long. It may not seem like enough of a mention to bother warning people about, but I’d rather be safe than cause someone harm because they were blindsided. As someone who has super specific triggers, I know I can’t account for all of them, but sexual assault is a common one so I’m more than willing to give a heads up.

Listen in on Soundcloud and iTunes.

In conclusion, here is Steve looking so fashionable while arresting someone. 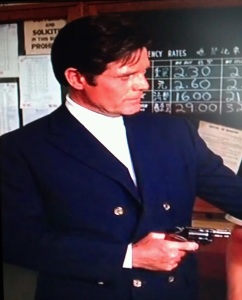