In an extra long episode, your favorite and mine, Daniel Budnik, is back to talk about a couple of season 2 episodes, including my favorite of the season. In episode 20, “Cry, Lie”, Chin Ho is accused of bribery, and in episode 21, “Most Likely to Murder”, the wife of a police officer, who is Danny’s friend, is murdered. It’s Martin Sheen with a mustache and Tom Skerritt without one.

I cannot stress it enough to watch both episodes before you listen. You do not want to be spoiled for either one of them. Don’t ruin the experience.

Listen on Soundcloud and iTunes.

My eternal thanks to Dan for joining me once again. He’s a good sport considering the last time I subjected him to Gavin MacLeod in a prison shower. Be sure to go to Eventually Supertrain and check out all of his writing and his podcasts, including Rockin’ All Week with You, which he somehow failed to mention during the closing and I didn’t realize it. That’s what happens when you’re so prolific.

Here’s a picture of Steve talking to Gloria Warren (Linda Ryan). She’s the reason I have a pixie cut. Watch the episode and you’ll understand why. 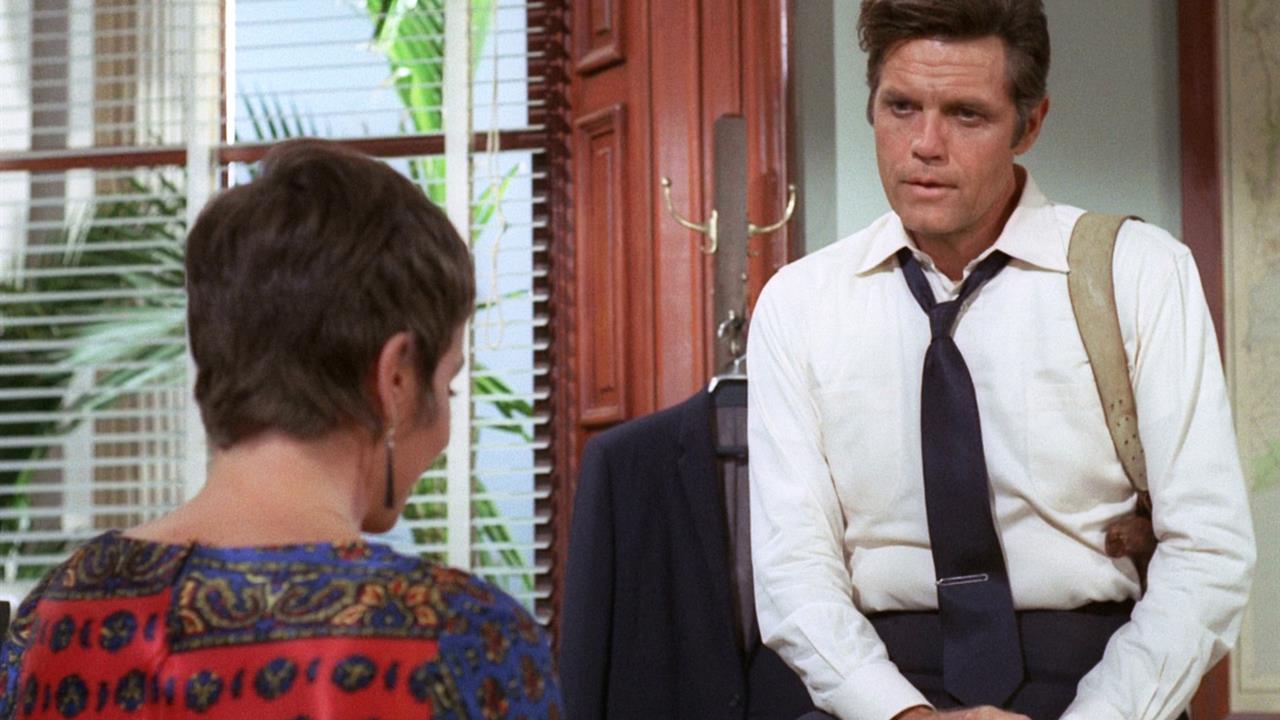