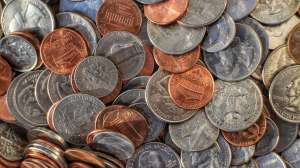 I’ve not gotten much in the way of creative work done this month. I’ve got several different ideas for projects. I’m working on several different projects. I’ve written or started writing a couple of blog posts that I never got around to posting. But I haven’t had much energy to really put into it. Most of my brain has been wrapped up in trying to come up with the money to pay some bills.

As a rule, I don’t think I should ever ask for help. Period. End of. Never. I believe that if I want something, then I should work harder and if I need something and I’m not getting it, well, it’s my fault because I’m not working hard enough. I don’t think these things about other people. They ask for help, they get help, sometimes I’m the helper if I can, and it’s all groovy. But me? No.

And on the rare occasions that I do ask for help, I’m usually turned down. I’m either ignored or given an excuse or worse, told that they’ll help, but then they don’t. It’s hard for people to help someone that never asks for it because they don’t know how to respond to it. It’s foreign territory.

Anyway, with the bills looming, I knew that I was going to have to come up with something to at least cover part of them. I’d had the idea for the Storytime Jukebox, but I knew that if I did it, it would probably be ignored. But it got to the point that I had no other option. So, I said “fuck it” and got it going. I decided that whatever I got from it, I would be grateful for it. Any little bit helps.

I did my best to maintain that attitude towards it. Gratitude. Be grateful for every retweet, every like, every link share, and every penny I got. And I did think I would get a few pennies. I knew some people would be game and give me a couple of dollars for my stories and I would be happy with that. I chose to approach this with gratitude.

Maybe the Universe appreciated this. Maybe I just underestimated the current people occupying my bit of world. Maybe my gratitude brought out the generosity. Whatever it was, the response to my request for help was overwhelming. It was more than I had expected by a long shot. At one point I thought if I raised enough money to just cover the cost of renewing the blog, that would be a huge achievement. In the end, in only a matter of a few weeks, the entire amount I needed was covered.

In addition to getting the money I needed from some pretty spectacular folks, I also learned a valuable lesson that I was long overdue for learning.

The generosity of the universe is a real thing and since I am part of the Universe, that generosity applies to me, too. I’m not exempt from it.

And my gratitude is endless.