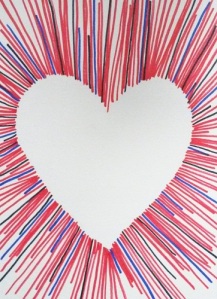 I took it easy in January, only outlining a couple of non-fiction projects and working on episode 9 of Book ’em, Danno. Fun fact about that. If you give me all the time in the world to do a podcast ep, I’ll still be flailing to finish editing it the night before my self-imposed deadline. Go figure.

The two non-fiction projects are outlined, one a little better than the other, but at the very least they both have a coherent form to them so in the event I actually decide to work on them, I have a solid starting place for both.

But I won’t be starting them this month. Instead, I’ll be revising The Support Group Meets on Wednesday. When I looked over the projects list for the year, that’s the one that really jumped out at me. After resting for a couple of months, it’s primed to be revised and I’m really looking forward to getting back into that world. It’s been a while since I’ve been able to say that.

It’s also been a while since I’ve been able to say that the second episode of a season of Murderville will be going live, but that will be happening this month, too. Episode 2 of Murderville: The Coldest Case will go live on February 10th. It’s only $1 an episode to read. $2 an episode gets you a sweet bonus every other month, like the one happening on February 24th. So don’t hesitate to become a patron.

Episode 9 of Book ’em, Danno went live on January 24th. An out-of-the-norm episode that covered season one’s “Face of the Dragon” and the pilot episode of the 2010 reboot. Why? Well, special things are happening for the next episode, which should go live at the end of this month. In the meantime, listen, review, rate, fave, star, heart, share, and enjoy on Soundcloud and iTunes.