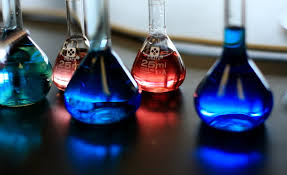 When I was younger, my two preferred career choices were either shark biologist or meteorologist with a specialty in tornadoes. Because I only like science when it wants to kill me. Okay, that’s not entirely true, but my interest in science could be the reason why I’m doing a few experiments this year.

Or calling them experiments, anyway.

I suppose it might be more accurate to call them challenges or resolutions, but I already make half-assed resolutions, so I don’t need any more. And I don’t like calling them challenges. I do challenging things and they’re tiring. I don’t want to be exhausted just thinking about these things.

So, instead, I approach them scientifically. Because I love the scientific method. Somehow, that doesn’t sound exhausting to me.

I hadn’t intended to do any experiments this year, but in the last few days of 2017 and the first day of 2018, three ideas came to me and I decided to act on them.

December was a disaster for me fitness-wise. I was only a few days in and I was like, “Yeah, I’m tired. Can we be done?”, which fed into the struggles I’d already been having with my exercise routine. During my reset week (the days between Christmas and New Year’s Eve), I watched a lot of videos of people doing things every day for 100 days: going to the gym, doing push-ups, making origami birds. It inspired me to do my own thing.

At least twenty minutes of exercise every day for 100 days. I’m hoping that this will jerk me out of my exercise slump and help me feel better so I won’t descend into another slump later in the year.

Experiment #2: Write a page a day

Yes, I already write a lot. Just about every day in fact. I write whole novels in November. But as it’s commonly said among writers (or maybe I’ve just read it a few times and now I think it’s common), if you write one page a day, by the end of the year, you’ll have a book. And I want to try that.

I picked one of the story ideas that I got towards the end of 2017, one that I really like, but have no idea when I’d write. This experiment solves that. Now, I don’t know if I’ll actually write 365 pages of this story; I don’t think I’ve ever written any story that was that long, even double-spaced. But I will write one page a day, every day, until it’s done. That works for me.

I can also use this as a warm-up page to help me get into my writing work on the days I’m feeling sluggish and a bit procrastinate-y.

By virtue of Duolingo, I’ve been studying different languages. I started with Spanish, which I took two years of in high school, because I needed to brush up in order to teach it to my nieces for their home school curriculum. When I finished all of the lessons in the Spanish section, I started with French. I hated French, so I didn’t get very far before stopping for a while.

When I picked it back up, I added Russian to my languages because I’ve always been fascinated with their alphabet and wanted to learn to read it. When Duolingo offered Czech in beta, I quickly added it, too, since it has some similarities to Russian.

To help my understanding and memory retention, I thought it’d be a good idea to actually write a sentence in each language every day. Just one sentence per language and it doesn’t have to be a difficult one. It doesn’t even have to be the same one. With Spanish, I can pretty much write whatever comes to my head, but with the others, I’ll probably be copying sentences from the lessons until I get more comfortable.

I have no idea if this will actually help me with learning my languages, but I figure it can’t hurt. It’ll also be a good use for one of my many, many notebooks.

I’m looking forward to doing these three little experiments. If anything, they’ll make my year a little more interesting.

Science must be served!